Agent-based parametric semiology Enhancing parametricism and semiology, architectural terms coined by Patrik Schumacher, with agent-based simulations and preditions.
The main output is a statistical interpretation of pedestrian movement patterns in indoor office spaces. Website
Minimal surfaces A non-iterative solver for minimal (soap-film) surfaces .... these are solutions to nonlinear PDEs but here is a solution that quickly and non-iteratively generates a Rhino CAD minimal surface approximation. Github
Karamba 3d A parametric structural engineering tool by Clemens Preisinger et al. I am helping to rewrite the mesher. Website
Understanding the variance of machine learning error algorithm's error estimates has been my main interest in pure statistics. In particular, a goal of this work is to set up a rigorous framework for error rates in machine learning. Paper
Test set size in simulation studies on supervised learning A tool which computes the optimal test set size in simulation studies on supervised machine learning Github
Minimization and estimation of the variance of prediction errors for cross-validation designs Machine learning theory. We present a general framework for computing quickly the theortically guaranteed best estimator of the machine learning generalizytion error and its variance. Paper
R-package confintvar The variance estimator of a sample tells you how much the data vary .... but how much does that variance estimator vary around the true variance? This R-package for computation of exact confidence intervals of the variance estimator, without normality assumption on the underlyingdistribution, tells you. CRAN
R-package ipflasso Different penalty parameters for groups of covariables in lasso regression CRAN
Inferential statistics of stress states in rigid body continuum mechanics Series of four finite element calculations of a 2d rectangular element under shear stress, subject to random perturbations in each iteration, with first and second principal stress lines in blue and orange (deformations not to scale). In this project, we develop a framework for statistical analysis of stress fluctuations as in this series. In each subfigure, the point at the centre is associated with a particular two-by-two Cauchy stress tensor. A component-wise averaging procedure, resulting in the two-by-two mean Cauchy stress is not an adequate averaging procedure because it disrespects the magnitudes of its eigenvalues, the principal stresses. However, we propose a methodology for averaging and comparing large numbers of perturbed stress samples, circumventing this problem. We thereby allow the researcher to compute measures for the degree of certainty of difference in means between two sets of samples. An important application is quality control of finite element simulations. Project Proposal
Geometry and shell structures Rhino3d grasshopper plugin that designs membranes in real-time and computes approximate solutions to the classical Poisson problem of PDE theory, using a complex analysis-based algorithm instead of a direct matrix method.
A spatial process interpretation of pedestrian indoor tracks learn simulated and observed pedestrian flows as spatial processes, and extrapolating them in real-time to new geometries.
Predicting pedestrian density flow - Real-time occupation modelling in Rhino
A spatial visualisation of pedestrian tracks and density
Real-time prediction of tracks
Non-stationary heat diffusion
Computational fluid dynamics - port of classical code by Stam, Taxen, Nealen to modern fftw3
A simple shape recognition of a 2D office layout by the straight skeleton
Wrapping mmgtool for Rhino3d
A home-made and self-coded marine GPS chartplotter for sailboats I had some fun with my first embedded software project .. all hard- and software was done at home. 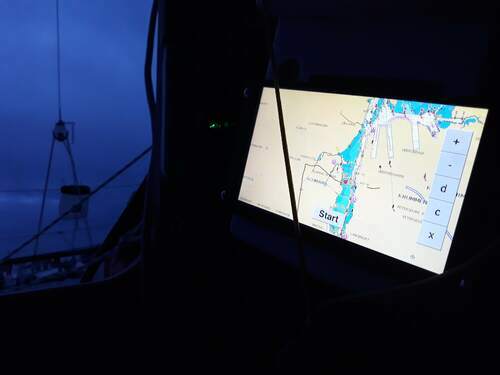